Recent litigations over EB5 investment are on the rise. Investors are often bringing litigations against EB5 projects due to failure to obtain either conditional or permanent residency or face wiping out of their invested fund due to possible illegal acts. 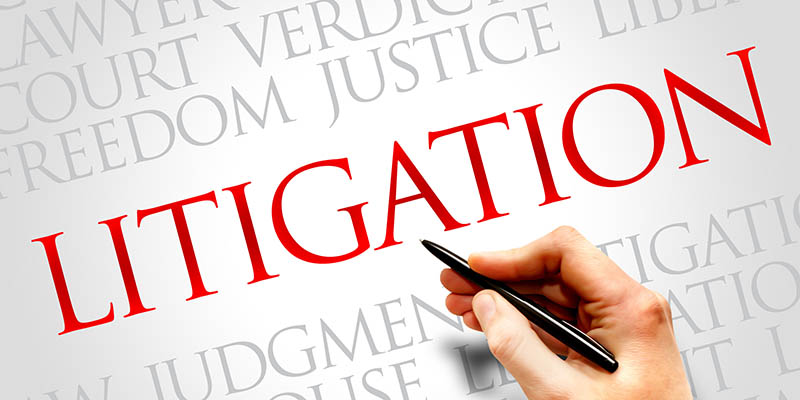 In November 22, 2017, a group of Chinese EB5 investors brought class action in Chinese Investors Vs. Terry Mcauliffe, Anthony Rodham and others in Fairfax County, Virginia court, claiming that they were swindled out of about $560,000 per investor as a result of misrepresentations made by Terry McAuliffe and Anthony Rodham who face a $17 million fraud lawsuit from Chinese investors in GreenTech Automotive, an electric car company that appears to be struggling to survive.

On November 30, 2017, a group of Chinese Eb-5 investors filed a class action against the American Dream Fund LLC and Henry Global Consulting in the Federal District Court for the Central District of California, claiming several causes of actions, including fraud, breach of fiduciary duty, breach of contract, accounting, etc. The case involved 60 Chinese nationals who invested in the SLS Hotel & Casino Las Vegas are suing the casino resort, claiming that none of the promises made to them during its development phase materialized. Currently, none of the 60 investors have received their permanent resident cards. Some have only received temporary resident cards. On an investment perspective, the claimants also argue that SLS Las Vegas will be violating a requirement in the EB-5 Program if it pushes through with the sale of the hotel.

Most causes of actions of such cases are federal securities fraud, breach of fiduciary duty, breach of contract and others.

Securities fraud, also known as stock fraud and investment fraud, is a deceptive practice in the stock or commodities markets that induces investors to make purchase or sale decisions on the basis of false information, frequently resulting in losses, in violation of securities laws. The US Securities and Exchange Commission (SEC) takes the position that the immigrant investor’s equity ownership interest in the New Commercial Enterprise (NCE) constitute a “security” for purposes of the federal securities laws, because it passed the three-part test sets forth in SEC vs. W.J. Howey Co.: 1) an investment of money has been made; 2) in a common enterprise; and 3) the investor has an expectation of profits based solely or substantially from the efforts of the promoter or third party.

One commonly cited federal law prohibits many types of securities fraud and provides the basis for private investors’ securities fraud lawsuits is often referred to as Rule 10b-5, issued under Section 10(b), embodied in 17 C.F.R. § 240.10b-5.  Rule 10b-5 addresses one of the most common types of securities fraud: broker misrepresentation or omission.  Federal law prohibits a person from misrepresenting or omitting material facts in connection with the sale of a security.  One example of important material information is the risk associated with a particular investment.  Should a broker misrepresent the risk of a potential investment to a client, the broker may have violated Rule 10b-5. 1933 Securities Act Section 12(b).

Somewhat similar to Rule 10b-5. Section 17(a) makes it unlawful for any person in the offer or sale of any securities to employ any device, scheme, or artifice to defraud, or to obtain money or property by means of any untrue statement of a material fact or any omission to state a material fact necessary in order to make the statements made, in light of the circumstances under which they were made, not misleading; or to engage in any transaction, practice, or course of business which operates or would operate as a fraud or deceit upon the purchaser. 15 U.S.C. § 77q(a)

The SEC is the primary regulatory agency charged with enforcement of the federal securities law. In the EB-5 context, the SEC scrutinizes allegations against specific investments arising out of the EB-5 program. The SEC has the authority to bring a civil claim against the alleged fraudster and other securities law wrongdoers, such as the Regional Center, NCE and Job Creating Enterprise (JCE) and their principals.

The SEC has a broad arsenal of tools available to it to combat fraudulent or unregistered offerings of securities. Under section 10(b), it can bring claims of aiding and abetting or conspiring to make such offerings, unlike private plaintiffs. Section 17(a) is also an important part of the SEC’s toolbox, largely for the reasons given above.

What’s the Most Common Antifraud Violations In EB-5 Transactions under Securities Law Context?

The most common antifraud violation in EB-5 transitions are the misappropriation or diversion of the investor’s funds, which will be further discussed later in this article, and misrepresentations in the offering plan and related documents. The above-mentioned class action against McAuliffe and Rodham is in the later situation. It was alleged that in their offers, the defendants misrepresent material facts, including the number of direct and indirect jobs the company could, would, and did generate; the quality and advancement of the company’s technology, the financial status and so on.

Timing is important for filing a securities fraud case, or else you may permanently lose your chance of getting remedies.  The maximum time frame within which legal proceedings may be initiated is called the Statue of Limitation.  Generally, the Statue of Limitations for the most frequently used anti-fraud provision is within two years after the fraud is discovered and five years after the fraud occurs, whichever is earlier.

When constitutes the discovery of fraud?  US case laws have settled that “once the plaintiff did discover or a reasonably diligent plaintiff would have discovered the facts constituting the violation” whichever comes first (Merck & Co., Inc. v. Reynolds).  However, when it comes to the determination of when the fraud occurs, courts have different opinions.  In Abrams v. Life Medical Technologies, Inc., the court held that the 5-year statue of repose for securities fraud claims began to run when investors purchased their shares of stock.  But in Most Worshipful Grand Lodge of Free and Accepted Masons of the State of Arkansas v. DCG/UGOC Equity Fund, LLC, as well as the majority of other courts, it was held that it started to run on the date of misrepresentation was made.

Therefore, an investor should be very cautious and do not hesitate to consult an experienced lawyer once a suspected fraud is discovered.

Cause of Action Other Than Securities Fraud

The first two cases mentioned above, which alleged that defendants disbursed investors’ escrow fund before the agreed conditions, such as approval of petition, were met, are typical cases where misappropriation of fund could be found. Misappropriation of funds means the intentional, illegal use of the funds of another person for one’s own use or other unauthorized purpose.

A fiduciary duty is an obligation to act in the best interest of another party. A fiduciary obligation exists whenever the relationship with the client involves a special trust, confidence, and reliance on the fiduciary to exercise his discretion or expertise in acting for the client.